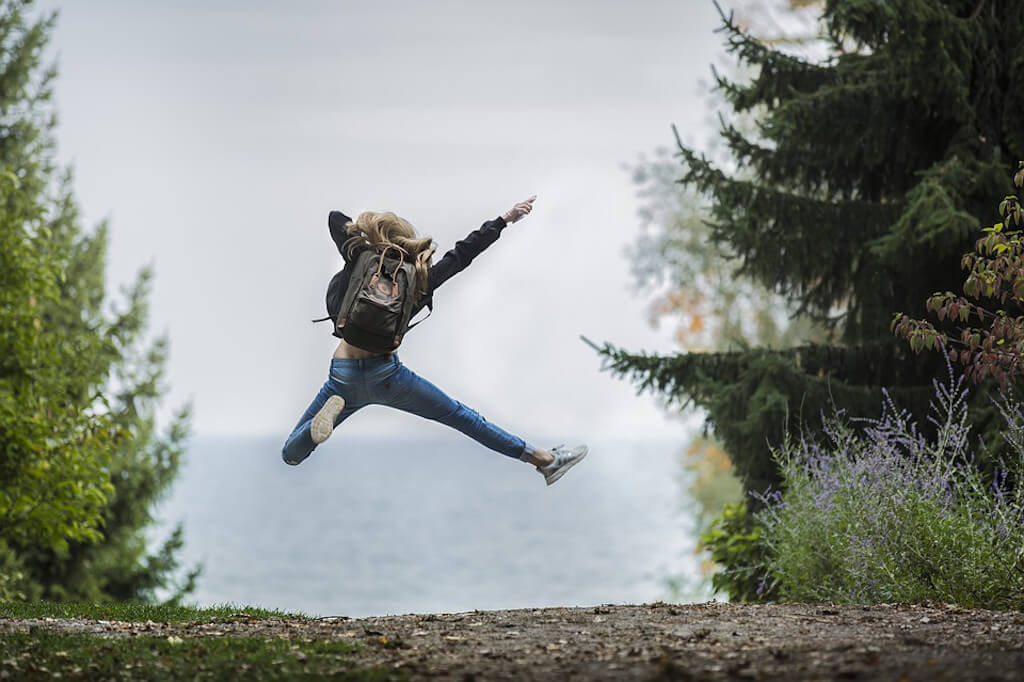 Conscious discharge as a key to emotional healing

When an experience is emotionally overwhelming, we need the support of dear people to deal with it. This is not a sign of weakness, it is simply natural. As children, we instinctively sought out this support: we fled into mom’s arms or onto dad’s lap when the other kids were bullying us, our beloved pet had died, or some other grievance had occured. There we could have a good cry or let off steam, and soon all was right with the world again.

If this form of loving attention is missing, the experience goes into our emotional backpack. There it waits for an opportunity to discharge. Unfortunately, many people as grown-ups are lacking the kind of loving support we so naturally offer to our children. So the end up carrying their emotional stuff around with them indefinitely, eventually leading us to become sick, unhappy, or both. To make matters worse, these pent-up emotions tend to discharge uncontrollably, hurting the very people we love the most. What could actually be a clarifying cleansing, often leads to serious problems in our most intimate relationships, unless we learn a better way of dealing with it.

Feeling or emotion: the small but subtle difference

An important key to dealing with these emotional boiling points is to distinguish between feelings and emotions. Often used interchangeably, I use the terms to describe two very different emotional phenomena. I use the term emotion, as mentioned earlier, to refer to emotional baggage. In other words, these are feelings that were overwhelming in the past, so that we were unable to cope with them on our own. Unfortunately, these stored emotions tend to suddenly assail us in moments that somehow remind us of that challenging time.

Feelings, on the other hand, I use for those stirrings that arise directly from the moment. Unlike an emotion, they have nothing to do with past experiences, but are generated by my interpretation of the situation.

Example: I have an appointment with my partner and he is late without telling me what is going on. This might annoy me because I think it is wrong. I want him to let me know if he’s going to be late. If the anger is actually a real feeling, without emotion, then its intensity will be adequate to address the situation. In that case, it means I’m angry enough to call my partner and ask what’s wrong. It will not lead to a temper tantrum or me sulking for the rest of the night. I’ll just clarify the situation, and that’s what anger is for in its positive expression.

However, if I’m carrying around an emotional charge in my backpack on the subject of tardiness – and that’s been the case for me for a long time – the whole story will play out differently. The intensity of the triggered emotions is then so strong that we cannot deal with the situation appropriately. This intensity can manifest itself in an outburst of anger, but it doesn’t have to. Likewise, we may suddenly feel completely numb, depressed, worthless, or otherwise completely different. Whatever the symptoms: They will prevent me from dealing with the situation appropriately.

An important key to handling these situations well is learning to discharge consciously. This involves developing strategies for not abusing your partner as an emotional garbage can, but rather creating a safe and healthy framework for disposing of our old baggage. Women often do this intuitively, without being aware of what they are actually doing. They do exactly what I do today in the event of being emotionally triggered: they call their best friend and get the grief off their chest.

If it’s a good best friend, she won’t confirm our exaggerated accusations, but will simply be there for us lovingly, just as our parents were for us as children. After a maximum of five minutes – well, maybe after ten if the load was particularly big – I come back to myself and can see the world clearly again. I can once again perceive my partner for what he actually is: a dear man who may occasionally be late, but who basically really means well with me.

After such a clarifying thunderstorm, in which I may have said everything possible and impossible that I no longer mean five minutes later, I can then clearly see what my actual need would have been and how I can communicate this to my partner calmly and clearly. I discharged consciously. My girlfriend knows that all this is not meant seriously, but just had to get out. My partner might know that too, but for him it will be much harder not to take it so seriously when I say unfair things.

An unconscious handling of emotional charges is enormously dangerous for a partnership, and many relationships actually perish because a distinction between emotions and feelings is missing. It is quite natural that those closest to us trigger very strong charges in us. It is all the more important that we are particularly mindful of how we deal with this.

If we fail to do this, there is a very high probability that we will trigger each other emotionally more and more frequently. Sooner or later, the space between us is so poisoned or even a veritable mine-field, the simplest conversations become an ordeal. In extreme cases, the only thing left to do is to separate.

To each his own

Whether it’s the ex, the current partner, the boss, or my own child who pushes a button and triggers me, it is and remains my baggage. To handle it well, it’s essential that I take responsibility for it- and leave the responsibility for other people’s baggage, that I may trigger, with them. Both of these things are tremendously difficult in practice; at first they even seem impossible at times. But as is so often the case, practice makes perfect: each time I succeed in handling an emotional charge responsibly, it gets a little easier, until at some point it becomes a new normal.

Once we have mastered this, an important milestone on the path to social and emotional intelligence has been reached. Then really difficult emotions can also be triggered in a partnership without this being a problem. On the contrary! Once both have learned what emotional storms are all about and how to deal with them well, these situations even become opportunities for deeper contact and a new level of intimacy. We can be vulnerable with each other, exposing also our weaknesses and rough edges. And we know that everyone needs support to deal with certain situations.

Vivian Dittmar is founder of the Be The Change Foundation For Cultural  Change and author of several books on feelings, relationships and consciousness. Her childhood and adolescence on three continents in different social contexts allowed her to develop an early awareness of the global challenges of our time and are her drive to find and implement holistic solutions. Her last book, which was published in German in spring 2021 by Penguin Random House, addresses the question what True Prosperity might be.